This valuable information is brought to us by the National Association of REALTORS.
Posted by Unknown at 12:44 PM No comments:

Wishing You the Happiest of Holidays... 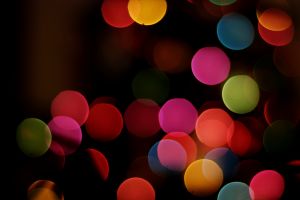 A very Merry Christmas to you and yours...
See you in 2011!
Very sincerely,
JILLIAN BOS
Posted by Unknown at 12:20 PM No comments:

The sudden jump in Treasury yields has driven 30-year mortgage rates above 5%, keeping pressure on the struggling housing market and countering the Federal Reserve's efforts to help the economy.

The average 30-year fixed-rate mortgage hit a six-month high of 5.09% on Thursday, according to a survey by data tracker HSH Associates. A separate survey by Freddie Mac showed rates averaged 4.83% for the week ending Thursday, up from a record low 4.17% just one month ago.
"I've been doing this 15 years, and I've never seen rates rise this fast," said Wade Douroux, president and CEO of Resource Financial Services, a mortgage banking firm in Columbia, S.C.
Rising mortgage rates are one immediate consequence of the unusually large jump in Treasury yields in recent weeks. The yield on the 10-year note, which directly affects mortgage rates, closed Thursday at 3.473%, up from its October low of 2.382%.
The jump in Treasury yields, one of the swiftest in decades, has caught economists, investors and borrowers off guard.
Rising Treasury rates have roiled other markets, too. Yields on municipal bonds have also risen, increasing borrowing costs for state and local governments and punishing muni bondholders.
"By itself, it's not devastating," said Thomas Lawler, an independent housing economist in Leesburg, Va. "But if you don't see improvement in the jobs market, this is bad."
Many see rates moving higher still. And the Freddie Mac survey in particular probably understates the recent rise because it takes an average over the week. Much of the gain has happened in the past couple of days.The 0.66 percentage-point-rise in mortgage rates, which would add about $150 to monthly payments on a $400,000 mortgage, could be easily absorbed by some buyers. But it will squeeze others at the margins, especially first-time buyers already grappling with higher fees and bigger down payments required by lenders.
Even with rates hovering at historically low levels, any rise is likely to weaken housing demand, putting more pressure on sellers to cut their asking prices. And it has already slammed the door on a refinancing boomlet that began earlier this year when rates were lower.
Even with historically low rates, buyer demand has been weak ever since home-buyer tax credits expired in May.
A general rule of thumb holds that every one-percentage-point increase in rates effectively raises home prices for buyers by roughly 10%.
Christine Collins applied last month to refinance the 30-year mortgage, which has a 5.5% fixed rate, on her West Hartford, Conn., home when rates were hovering at 4.25%.
Even though she has paid hundreds of dollars for an appraisal, she's decided it no longer makes sense to refinance with rates nearing 4.9%.
"You're watching the rates thinking, 'We really should do that,"' said Ms. Collins, 39. "But the kids start school, you're busy, and by the time you get around to it, you miss the boat."
For full article, visit the Wall Street Journal Online
Posted by Unknown at 11:11 AM No comments: 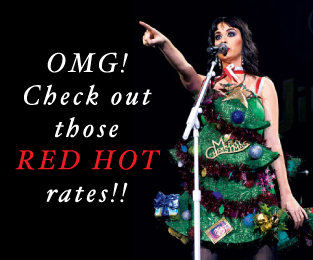 
Below are 5 points that will help explain the current situation...and what we can predict based on the information we have today:

2) That said, rates have been headed up recently…and indications are that those unbelievably low home loan rates may be behind us.

3) Looking at the big picture, there are only a few things that would bring back the lows that we saw in early November:
•If the tax cut package doesn't get passed. This would be bad news for the economy and Stock market, but it would help interest rates.
•If the Fed’s recent round of Quantitative Easing falls on its face and doesn't meet its mission of creating inflation, boosting Stock prices, lowering unemployment and creating consumer demand. This is a long shot, but if it happened, Bond prices could make some gains as the threat of deflation reemerges.
•If the financial problems in Europe worsen significantly. This would drive investors into the safe haven of the US Bond market – and, therefore, it could help Bond prices, but probably only modestly.

4) Realistically, the chances of those events happening are unlikely. In the end, rates may see some fleeting improvements, but will likely continue to creep up over time.

5) Please allow me to reiterate: Home loan rates are still near historic lows...FOR NOW. That means, now is the time to act, and get locked in if you've not done so already.

This information is from my friend Leo Espino at Resource Lenders.  He is a wealth of information and a very knowledgeable "Resource" :-)  If you are interested in learning more, or getting in touch with him, I would be happy to help...just let me know!


Katy Perry photo via gettyimages.com
Posted by Unknown at 11:35 PM No comments:

This Month in Real Estate...December 2010

The housing market continues its uneven and gradual recovery without the aid of the tax credit. Experts believe this will be the trend moving forward. Interest rates hit another record low but have started moving back up as the overall economy improves.


Despite a less-than-expected employment report, consumers seem to be feeling brighter about the future. While the Consumer Confidence Index about the Present Situation rose only slightly, the Expectation Index showed substantial improvement. As we enter into the holiday gift-buying season, consumers are expected to be out shopping and buying more gifts for under the tree this year. Reports indicate a 13-24% increase in retail sales from last year. Consumer spending accounts for about half of all economic activity in the US; as long as consumers are spending and using debt responsibly, this is a positive indicator for economic growth.
This march back up continues to provide excellent opportunities: an ample selection of homes, affordable prices, and historically low interest rates. Experts anticipate both the economy and the housing market will continue on a path to a complete recovery.
Home Sales
Home sales dropped slightly in October, compared with the previous month, despite a temporary moratorium on foreclosures, which have recently represented more than one third of sales activity. Sales were up 15% from July when the tax credit expiration caused a drop-off in sales. The most significant indicator of a market rebound, however, appears to be the October pending sales report. A 10.4% increase in pending sales, which measures homes under contract, signals stronger home sales activity in the coming months as the homes under contract close.

Home Price
Home prices have shown considerable stability when compared with the previous several years. October’s median home price declined slightly, down less than 1% from the previous month and year. A recent study shows an increased interest in smaller homes. Smaller homes often mean smaller price tags, depending on location. While the market currently provides many opportunities for buyers, sellers look forward to the general trending upward of home price as the market’s stability without government support grows deeper roots.

Inventory
There are fewer homes on the market. Total inventory fell to 3.86 million in October from 4 million in September. The month’s supply* of homes on the market fell to 10.5 months.  While still at a relatively high level, months of inventory has shrunken substantially since July’s 12.5 months. As lending standards continue to loosen and return to historical norms, more people will be able to buy their first home, move up, or invest and take advantage of the abundant opportunities in the current market – including  historically low interest rates, highly affordable prices, and an ample but shrinking selection of homes.

* Month’s supply of inventory measures how many months it will take to sell all the homes that are for sale, if no new homes come on the market and buyers continue to buy at the same pace or rate.

Affordability
Housing is at record affordability levels. Prospective home buyers stand to benefit from the lowest mortgage rates in decades, as well as advantageous home prices. The home price-to-income ratio, 13.5% in October, continues to remain well below the historical standard. Stabilizing home prices and rising interest rates are anticipated to begin drawing affordability back up toward more normal levels.

Mortgage rates hit another record low of 4.17% on November 11 after which they rose to close to 4.4% for the remainder of the month. Historically low rates have contributed to real savings for buyers who will continue to realize those savings for as long as they own the home. As overall economic recovery gains traction, rates must rise to keep inflation in check. Industry economist Lawrence Yun anticipates rates to be between 5.4% and 6% by the end of 2011.

TOPICS FOR BUYERS & SELLERS
It's a Prime Time to Buy
Homes Have Never Been More Affordable
For most individual home buyers, there are only a few factors that really matter:
•   Can I afford this home?
•   Is it a good investment?
•   Does it meet my family’s needs?


So it’s a bit surprising that the most important housing statistic has gone largely unreported:homes have never been more affordable.  Affordability, measured by the median mortgage payment on the current median-priced home ($171,000) as a percentage of the median household income ($62,141), is lower than it’s been in a generation.  The chart below shows affordability at a record level, having significantly improved since the height of the recent housing boom in 2006.

Posted by Unknown at 3:50 PM No comments: 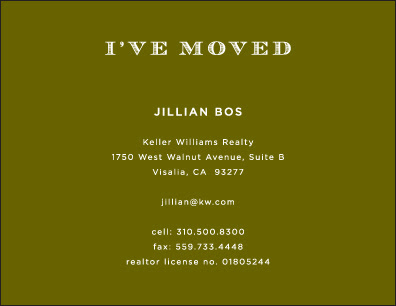 I'm very excited to announce I have moved my business to Keller Williams Realty in Visalia.  If you're ever in the neighborhood...please stop by!  We can walk across the street to Jamba Juice or In N Out Burger :-)


If you, or someone you know, is looking to buy, sell, or invest in real estate...I would love to chat.  I'm always looking to grow my business and meet new friends and clients :-)

Posted by Unknown at 3:59 PM No comments:

When Are California Property Taxes Due? 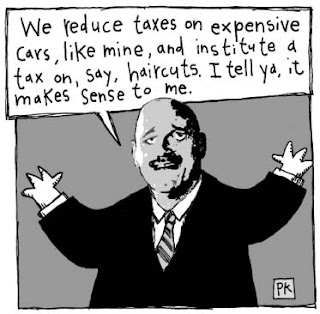 Posted by Unknown at 1:23 PM No comments: