Introducing....."JILLIAN'S DEAL OF THE WEEK"

Every Monday, I will be presenting my DOTW...Deal of the Week!  My goal is to uncover the HOTTEST (no pun intended) deals in the land.

The DEAL OF THE WEEK is the property I feel is a great opportunity with extreme value.  Without further adieu, this week’s DEAL is………… 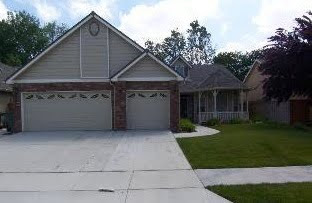 328 N. Boise, Visalia
4 bed / 2 bath
1,911 square feet
Built in 2004
$189,900
This house has extreme curb appeal....wonderful location in a lovely neighborhood.  More specifically....this home boasts high ceilings throughout, plantation shutters, a very luxurious master suite with a fabulous bathroom and an even more fabulous soaking tub.  New carpet and new paint throughout.  To top it off...this home is walking distance to Hurley school.  At $99 a square foot....THIS is a great deal.

Questions? I'd love the opportunity to find a deal that works for you.
Wishing you a wonderful week!
Very sincerely,
Jillian
Posted by Unknown at 2:36 PM No comments:

Mortgage Rates Now Are Lowest Since the '50s

This is BIG NEWS!


Mortgages are cheaper today than they've been in a half-century. If only most people had the job security, the credit score and the cash to qualify.


The average rate for a 30-year fixed loan sank to 4.69 percent this week, beating the low set in December and down from 4.75 percent last week, Freddie Mac said Thursday. Rates for 15-year and five-year mortgages also hit lows. 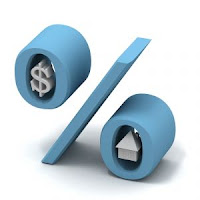 Rates are at their lowest since the mortgage company began keeping records in 1971. The last time they were any cheaper was the 1950s, when most long-term home loans lasted just 20 or 25 years.


Rates have fallen over the past two months as investors have become nervous about Europe's debt crisis and the global economy and have shifted money into safe Treasury bonds. The demand has caused Treasury yields to fall. Mortgage rates track those yields.


Rates on 15-year fixed-rate mortgages fell to an average of 4.13 percent. That was the lowest since at least 1991 and down from 4.2 percent a week earlier.


Rates on five-year adjustable-rate mortgages averaged 3.84 percent, down from 3.89 percent a week earlier. That was also the lowest on Freddie Mac's records, which date to January 2005 for those loans.


By Alan Zibel The Associated Press
Posted by Unknown at 9:08 AM No comments:

This Sunday is Father's Day....a day devoted to celebrating "Pops". 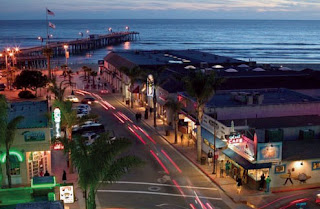 Hop in the car, and take a drive over the hill to enjoy the weekend by the sea.  The Classic at Pismo Beach is one of the largest classic car and street rod shows on the West Coast and "one of the finest."  This show pulls in 1000 classic cars and street rods and over 125,000 spectators over three days...WOW!


Afternoon Tee
One of the busiest days of the year....be sure to schedule your tee time in advance for a day of golf with your dear old dad.

Sunday Brunch
I've said it once and I'll say it again: Run, don't walk for your brunch reservation at the Vintage Press.  My friend David stirs up a memorable mimosa...  Or if dad's not into bubbly, the Gin Orange Press is equally fabulous.
Blue BBQ
We all know the way to a man's heart is through his stomach...  What better way to say, "I love you, Dad" than to make him something?  I recommend Blue Cheese Burgers (recipe below). 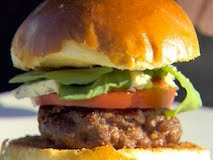 Blue Cheese Burgers
Carefully mix the meats, bread crumbs, steak sauce, eggs, salt, and pepper with the tines of a fork, but do not mash them. Lightly form hamburger patties and press lightly into shape.
Prepare the grill.
Cook the hamburgers for 4 minutes on 1 side, then turn and cook 3 minutes on the other side for medium-rare. Remove to a plate and cover with aluminum foil. Allow the hamburgers to rest for 5 minutes. Meanwhile, grill the buns, cut side down, for 1 minute, until toasted. Place a hamburger and a slice of blue cheese in each bun, plus arugula and tomato, if desired, and serve hot.
Bon Appetit!
Families come in all shapes and sizes.  My husband and I have a dog...therefore, Zoe the dog and I are looking forward to celebrating Rick on Sunday :-)

Have a wonderful and happy weekend,
Jillian
Posted by Unknown at 4:01 PM No comments: 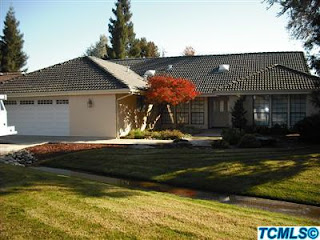 1524 N. Tamarack  REDUCED to $349,000
Wonderful opportunity in one of Visalia's most desirable neighborhoods.  This updated home in a gated subdivision sits on a large lot with pool and private fountain on the lake.  NEW carpet, NEW paint, 2 NEW A/C units....
Interested in becoming the NEW owner?? 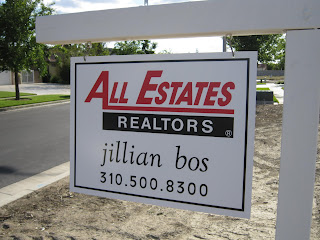 Stop by for a visit!
Best wishes for a wonderful weekend,
Jillian
Posted by Unknown at 11:51 AM 1 comment:

Foreclosure Rate Steadies in May

The foreclosure crisis leveled off in May as the number of people facing foreclosure was nearly flat from a year ago, according to RealtyTrac, a private foreclosure listing service.
A third fewer people are receiving legal warnings that they could lose their homes. And foreclosures are receding in some of the hardest-hit cities, the report says.
Still, the number of foreclosures remains extraordinarily high. Experts caution that a big reason for the stabilization is that banks are letting delinquent borrowers stay longer in their homes rather than adding to the glut of foreclosed properties on the market. New consumer protection laws, which vary by state, have also meant borrowers can spend more time in their homes.
A new wave of foreclosures could be coming in the second half of the year, especially if the unemployment rate remains high, mortgage-assistance programs fail, and the economy doesn't improve fast enough to lift home sales.
"It's not anything like a recovery yet," says Rick Sharga, a senior vice president at RealtyTrac.
RealtyTrac reported Thursday that nearly 323,000 households, or one in every 400 homes, received a foreclosure-related notice in May. That was up 0.5% from a year earlier and down 3% from April. The report tracks notices for defaults, scheduled home auctions and home repossessions.
But in a sign that the crisis is far from over, the number of homeowners who lost their homes to foreclosure hit a record of nearly 94,000 in May. That number may finally peak next year, as lenders try to work their way through millions of delinquent loans.
Economic woes, such as unemployment or reduced income, are the main catalysts for foreclosures this year. Initially, lax lending standards were the culprit. Now, homeowners with good credit who took out conventional, fixed-rate loans are the fastest growing group of foreclosures.
A record high of more than 10% of homeowners with a mortgage had missed at least one payment as of the end of March, according to the Mortgage Bankers Association. But the number of homeowners just starting to show trouble is trending downward as the economy improves.
"That's a very good thing," said Thomas Lawler, an independent housing economist in Virginia. But he noted that even with that positive trend, "you are highly likely to see an acceleration in the number of actual completed foreclosures."
Lenders are offering to help some homeowners modify their loans. But many borrowers can't qualify or they are falling back into default. The Obama administration's $75 billion foreclosure prevention effort has made only a small dent in the problem.
About 25% of the 1.2 million homeowners who started the program over the past year had received permanent loan modifications as of April. About 23% of those enrolled dropped out during a trial phase that lasts at least three months. Many more are in limbo.
Among states, Nevada posted the highest foreclosure rate in May. One in every 79 households there received a foreclosure notice. However, foreclosures there are down 16% from a year earlier.
Arizona, Florida, California and Michigan were next among states with the highest foreclosure rates. Rounding out the top 10 were Georgia, Idaho, Illinois, Utah and Maryland.
Las Vegas continued to be the city with the nation's highest foreclosure rate, but activity there was down 18% from a year earlier. And nine out of the top 10 cities with the highest foreclosure rates posted annual declines. The exception was the Vallejo-Fairfield area in California, where foreclosures were up 1% from a year ago.
For full story, visit USA Today.
Posted by Unknown at 9:25 AM No comments:

Mortgage Rates May Not Be Low for Long...LOCK IN!


The evidence includes more consumers are paying their bills on time. Past-due accounts at American Express declined 34 percent compared to a year ago, and Target Corp. reported its lowest delinquency rate in two years during the second quarter.


In another sign of economic improvement, fewer banks reported tightening lending standards this month, one reason consumer borrowing rose for the second time in three months.


“If lending standards start to stabilize, that’ll be another reason to remove the emergency measures, including the zero rate,” says Jay Bryson, a senior global economist at Wells Fargo Securities LLC in Charlotte, N.C., who formerly worked at the Fed in Washington.

Realtor Mag
Posted by Unknown at 9:03 AM No comments: